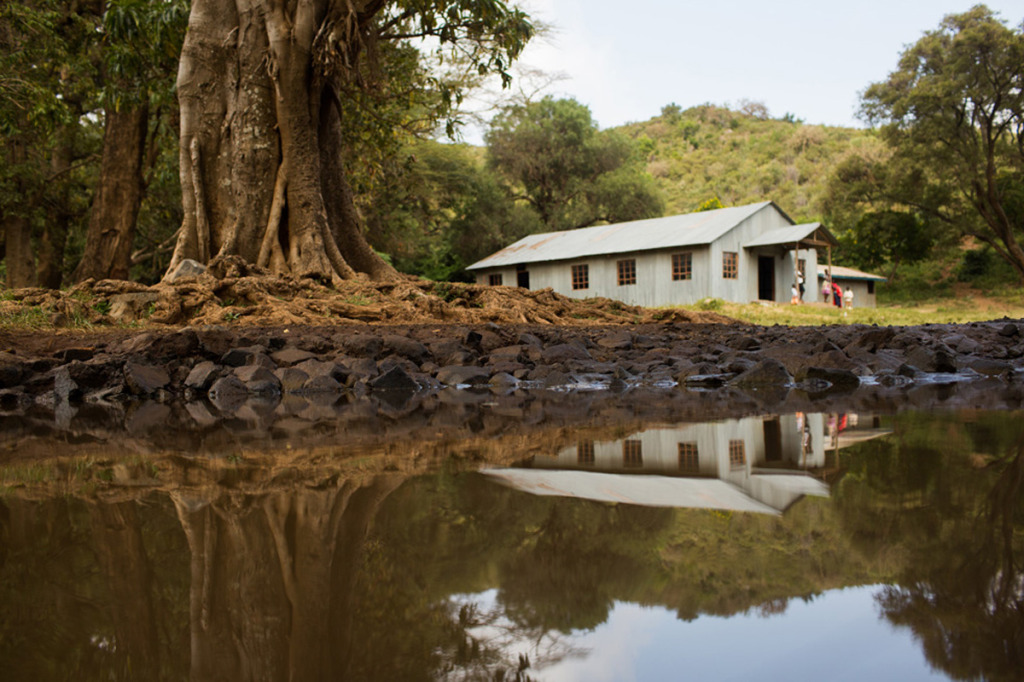 Yesterday I made the journey to William’s church. . .I had no idea where it would be, I assumed down the mountain, so I was a bit confused when we started uphill.  Maybe it is near Kijabe after all?  No, it turns out, it’s so far away that we need to get a taxi!!  His family is Turkana, a tribe from Northeastern Kenya (on the border with Sudan), and his church is a mix of Turkana, Masai, and several other tribes that occasionally show up.  After bouncing down the mountain, picking up his parents near the main highway, and bouncing down another road we spash through a stream and arrive at the church.  William was right, I think it would have been at least a 2 hour walk, although a good mountain bike might have made the journey much faster than a car.
We arrived a bit early, so we went boulder-hopping in the stream, which had thick jungle all around it, quite a contrast to the dusty valley, which is very dry this time of year.  Then we climbed the mountain behind the church, because we had a bit more time and why not? 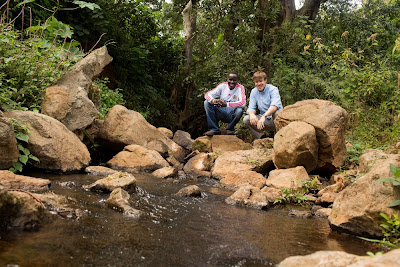 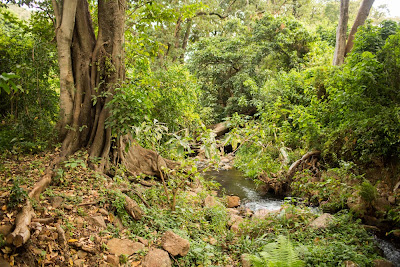 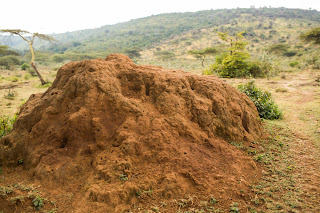 termite mound – you can see the line of trees in the background – wildfires burned the near part of the mountainside and there is a distinct line where the fire stopped.  There was also a prayer request about a wolf that had eaten a bunch of Masai animals in the area the night before (something you don’t hear at church in the states very often!) 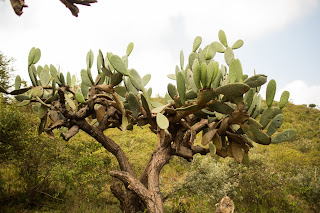 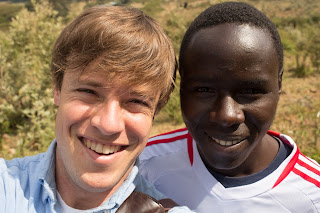 Church was fantastic, exactly what I pictured African church would be like (save for the microphones and electric guitar powered by a portable gas generator outside), kids dancing, singing mostly call-and-response songs as there were no hymnals, drums coming from the back of the church, played by the moms, a sermon that had the church laughing and engaged, a good lunch of rice-and-beans afterwards.  William was a bit of a celebrity for bringing me along, the pastors and his family were very proud of him. 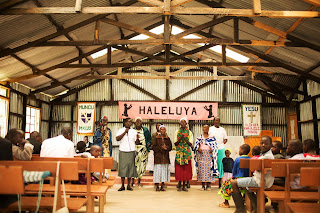 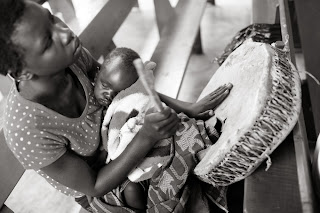 After lunch we went to see William’s home.  The best way to describe it would be a compound – high stone walls around the outside, and on the inside a small garden with corn and pumpkins growing, several open air rooms (I assume for their goats), then a little house with timber beams, corrugated steel roof, and clay walls.  They have gutters to catch rain-water which they will use for cooking, and a solar panel that powers a tiny florescent light at night.  William’s dad is a security guard at the hospital and William makes the journey up the mountain with him every day for work.  Both of his parents are beautiful people with huge, electric smiles that they have passed on to their six children.

William’s family doesn’t have much extra in the way of things (at least by Western standards), but they have enough.  They work very hard, but they have a happy, healthy family and smile & laugh as if there is not a care in the world.  Walking around the hospital and church with William – he is one of those people that everyone loves and is drawn to.  People laugh with him, joke with him, the slashers try to wrestle with him.  He is an absolute light and I’m just glad I’ve gotten to spend some time with him, and I hope this week isn’t the last time!! 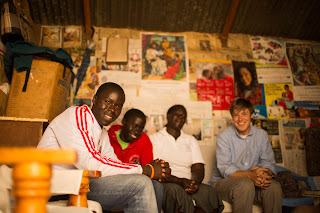 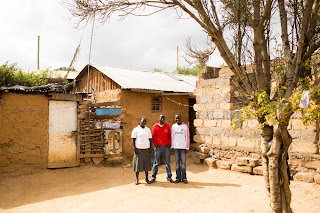 Mom, Ken (brother), and William – dad stayed behind at church to prepare for a wedding and the younger kids were out grazing the goats. 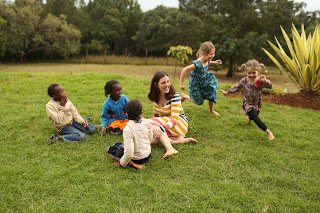 We had a full troop of Kenyan friends to play with in the afternoon! 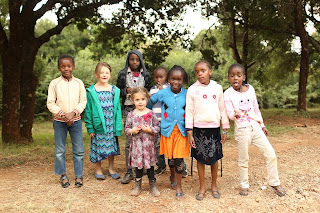