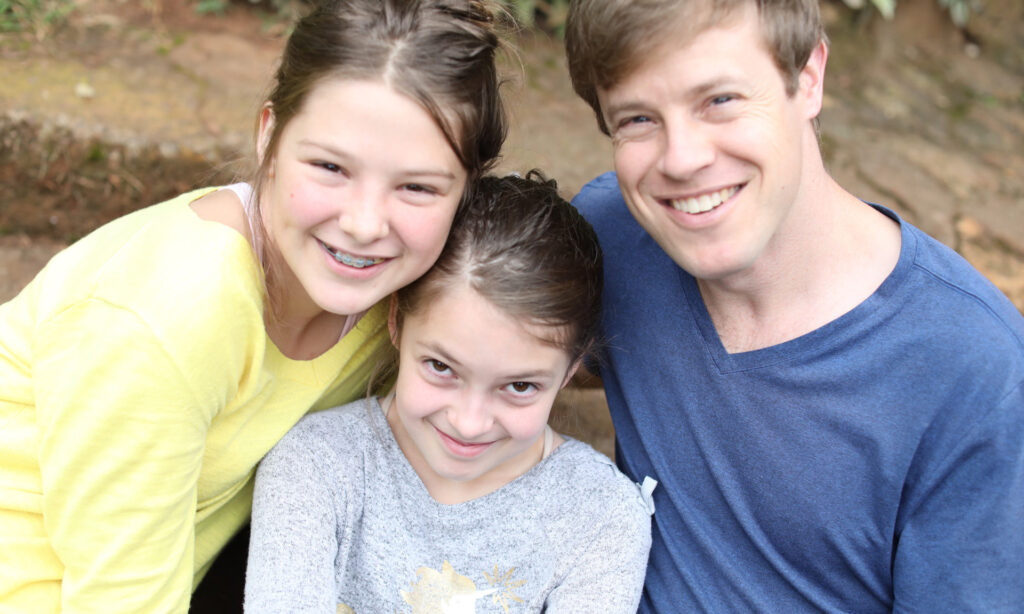 Father’s Day is hard for me. On one hand, it’s fantastic to celebrate with my girls, to allow them to love me. Right now they’re making home-made tortillas and guacamole and letting me catch up in our Settlers of Catan tournament. On the other hand, it’s a reminder of not having a father. I think, because of the latter, I have a hard time receiving love. I’m working on that. . .

As each year goes by, I feel like I’m taking another jump into unknown territory. I was 10 years old when my father died, now Belle is 11 and Madeline is 14. I don’t know what I am doing, yet my girls are turning into amazing, thoughtful, smart, independent, beautiful, creative young women.

Today, as I sat to pray for a few minutes, I was struck by a thought about the Bible. Where was Joseph, Jesus’s father?

Joseph was present in the nativity account and the story of Jesus being lost at the temple. But as a grownup, Joseph is mostly absent from the Bible narrative. Only one passage speaks of Jesus as Joseph’s son, but this doesn’t address whether Joseph is alive or dead. The absence makes me think the latter.

The gospel of John has always been my favorite, but until today, I never realized why. John tells a story of the relationship between a Father and Son. It’s the story of a relationship I longed for and am being called into.

There is such tenderness in the way Jesus spoke of the relationship with God the Father. Proximity. Presence. Intimacy.

Jesus doesn’t hoard this intimacy and relationship. In a fascinating conversation with Thomas and Philip, Jesus says the Father is living in him and carrying out is work through him. Moreover, Jesus that he will do the same for all who know him.

“My Father’s house has many rooms; if that were not so, would I have told you that I am going there to prepare a place for you?”

Thomas said to him, “Lord, we don’t know where you are going, so how can we know the way?”

Jesus answered, “I am the way and the truth and the life. No one comes to the Father except through me.  If you really know me, you will know my Father as well. From now on, you do know him and have seen him.”

Philip said, “Lord, show us the Father and that will be enough for us.”

Somehow, Jesus lost his earthly father. I think he knows how I feel. But he invites me into relationship with himself and with the heavenly Father.

No matter how many times I am tempted to believe this is not enough to replace what was lost in my life, I am wrong.

Not to make the void disappear and erase bittersweet the feelings that creep into my heart of Father’s Day.

But enough to turn graves into gardens and make beauty from ashes.

In this grace, today, I can live in the light of what I have lost and how much more I have gained.