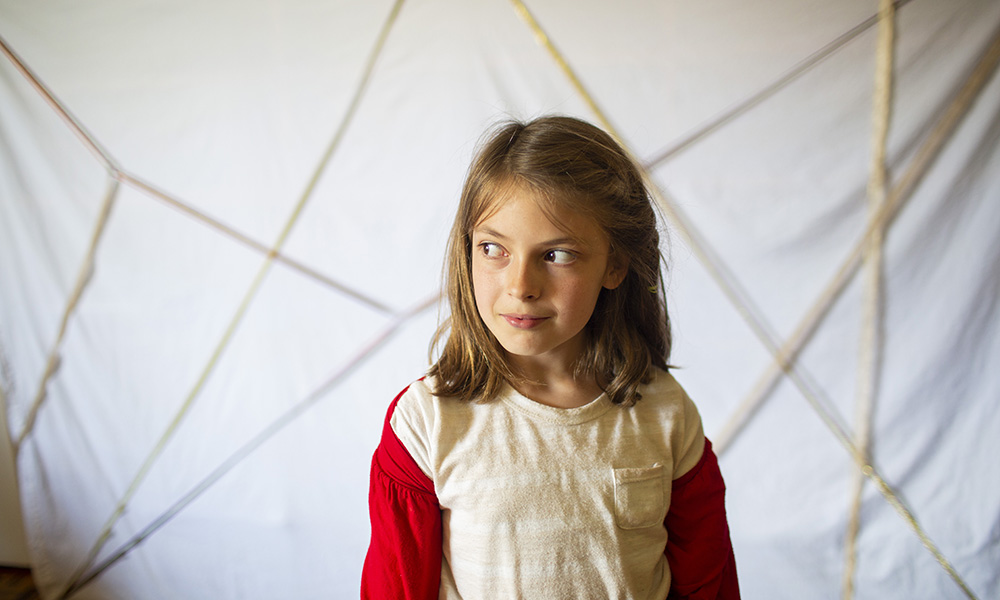 Somewhere in the weddings and trips from the fall, Madeline and Annabelle’s birthdays came and went in the shuffle, and I forgot to post photos . .11 and 14. Full on double digits. They were a study in contrasts – Adolescence and childhood, small and big, laid back and detailed. But both perfect in their own ways.

Madeline wanted 4 friends and a sleepover, and said I could do cupcakes and a sign “if I really wanted to make one.” I did, so Belle made cupcakes, and I made simple star decorations for them.

Her friends came after choir concert – they ate cake, giggled, watched a movie, talked until after we were asleep, and gave me a taste of the independence that will define a large part of Madeline’s 14th year. She holds her friends close with thoughtful loyalty, and this party reflected her subtle and elegant tenacity. It was her in every way.

Belle, on the other hand, requested a pirate party after much deliberation on the theme. When I asked David to turn the dining room table into a pirate ship, she was not surprised. I enjoyed this extended childhood, tempered with the newfound wisdom of just how fleeting it is becoming.

I made chocolate hooks coated in silver sprinkles and gold fudge. We made treasure maps and treasure hunts and treasure chests. We played pirate bingo and designed pirate flags. They giggled and swashbuckled. In tiny moments, I saw the self consciousness of preteens seep into the fabric of the party. . . but mostly, they were children, lost in imagination. Belle planned the schedule down to the minute, and during the party, she bounced from person to person – having invited everyone so no one would be left out – drawing them into the game and out of their introspection. It was a beautiful day – and possibly as the last elaborate party they let me throw. So, why not have swashbuckling 11 year old girls to look back on with sighs and smiles for years to come?