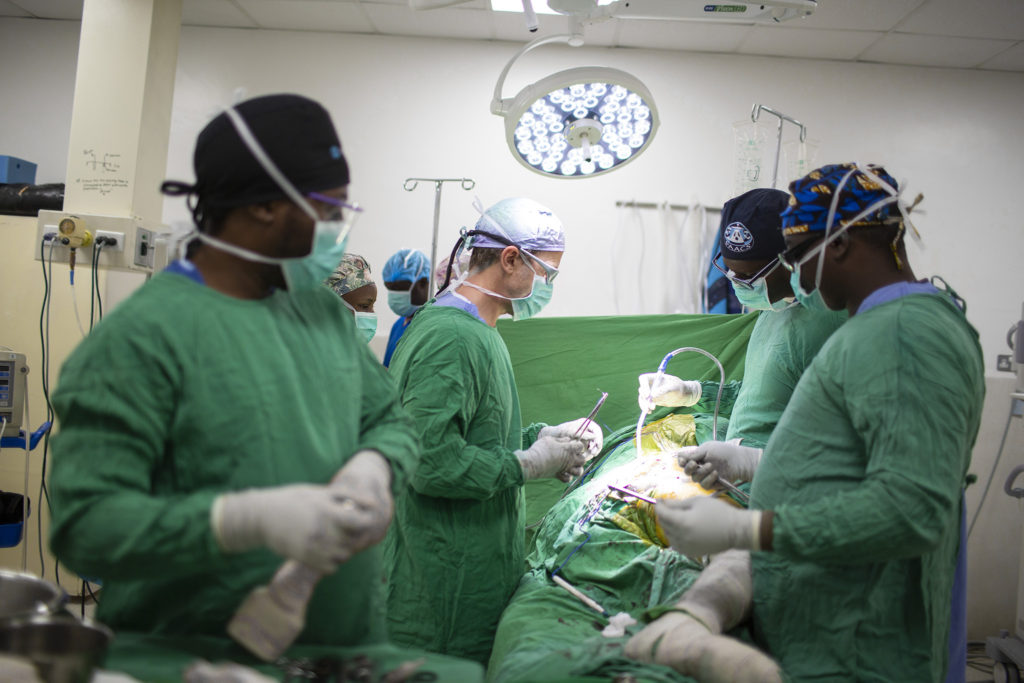 But today, when I heard it, I nearly hit the floor in surprise.

I was taking a few pictures of my friend Dan Galat and his team doing a hip replacement surgery. I even took a picture of the joint post-installation, inside the patient’s hip, as the doctors were flushing out the site to minimize risk of infection before closing.

Then I walked around the drape to near the patient’s head. He wasn’t intubated, under a spinal anesthetic, but his eyes were closed and clearly he wasn’t moving so I didn’t think any of it.

I probably took twenty or so pictures then, a voice below me, just near my hip, clear as day: “Hey, how’s it going?”

I jumped, then looked down. The patient was wide awake and speaking to me!

Thankfully I was wearing a mask, hopefully that hid a bit of the shock.

“It’s going great,” I said, once I had a second to recover my wits.

“You have a new hip,” I answered. “Looks great. Soon you’ll be good as brand new.”

Normally I would have shaken his hand, but not wanting to touch anything sterile or bump his IV, I simply gave him a thumbs up.

“Dr. Galat is one of the best, you chose a great doctor,” I said.

The strangeness of the situation struck me. He can’t know what is happening in a part of his body that he could reach down and touch with his hand under normal circumstances. Were he not under anesthesia, he would be in the worst pain imaginable. But he is cognizant and peaceful enough to have a normal conversation with me. That’s wild.

No idea if he will remember any of it. If the drugs cause retrograde amnesia, all will be forgotten. . .to him, but certainly not to me!