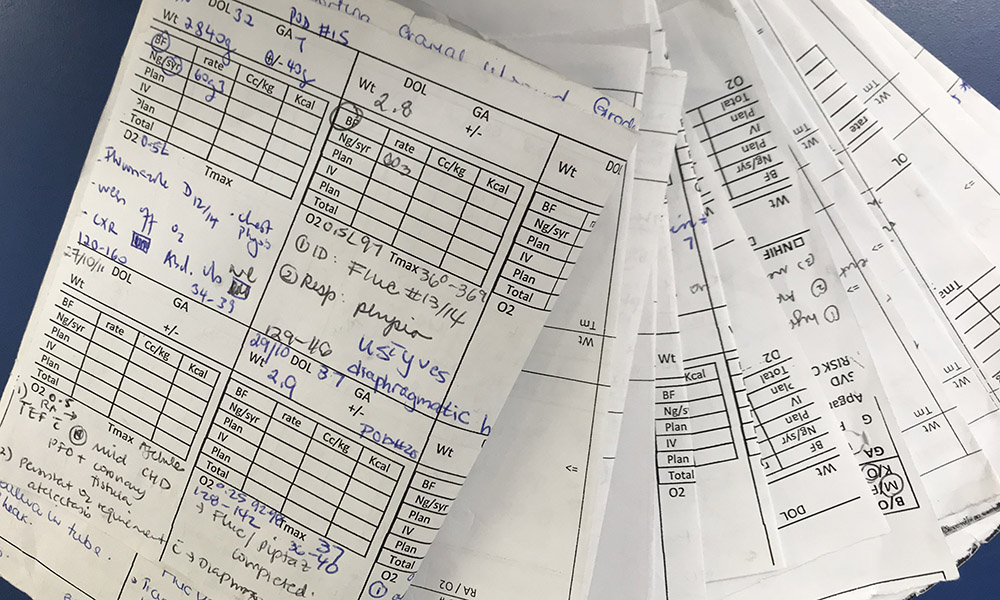 “Daktari, this is casualty. We have a new patient. We are bagging. We need you to run.”

I had survived a long call night, punctuated with trips in to the hospital every 2 hours or so to settle this or figure out that. We had admitted 6 patients the floor that night before and 3 more new babies to our critical monitored unit. Around 7:30 am, I had finally settled into a fitful sleep, hoping the next hour would recharge me for the day ahead.

And then my phone rang.

And so, I ran – wearing the same clothes as the day before and texting as I attempted not to trip over my steps. “Running to casualty, if you can, please come help me.”

We I arrived the casualty team had started breathing for a small 4 year old boy who had significant dehydration from vomiting and diarrhea. His sugar was critically low. He was having a seizure and his heart rate was twice the normal limit.

And the team was running seamlessly. One line in, fluids running. Sugar correction pulled up. Drugs for seizure. For intubation. For resuscitation. I looked up and saw my colleagues from floor and nursery appear from all angles.

Bob and Lilian, who calculated fluids and coordinated antibiotics and got a second IV.

Temoi who pulled out everything for intubation.

Karanja, the intern on our service who asked to start bagging and asked if he could intubate.

The emergency COs who I had taught heart rhythms last week noted a critical rhythm of supraventricular tachycardia and ran to get the EKG machine. (The rhythm resolved before we had to give medicine, but I was excited that he had recognized it appropriately.)

Karanja placed the tube smoothly to breathe for the child. The family medicine resident on his last pediatrics call connected the bag and listened for breath sounds. Bob and Esther ran to set up the ventilator in ICU.  I was exhausted, and so so so grateful for my team. They had known my night and everyone had shown up to share the burden.

This morning, a week later, I was rounding on my patients on the floor, and looked up to see the same boy, jumping on the bed, breathing on his own, completely well. And I sent him home.

As we wrote the discharge paperwork, my clinical officer prayed over him, over his life, gave thanksgiving for his health, and that he arrived in Kijabe in time. I laughed, shaking my head, grateful what God had done through these amazing people that I work with every day.

Every card in the stack above represents a kid that we have sent home healthy with their parents in the last week – many of them complicated, malnourished, some refugees, some orphans, some premature babies getting better, others totally healthy until an unexpected illness. As I put them in tonight, I give thanks for each one, for the small part we get to play, and for the possibilities each life represents.

2 thoughts on “on Running”