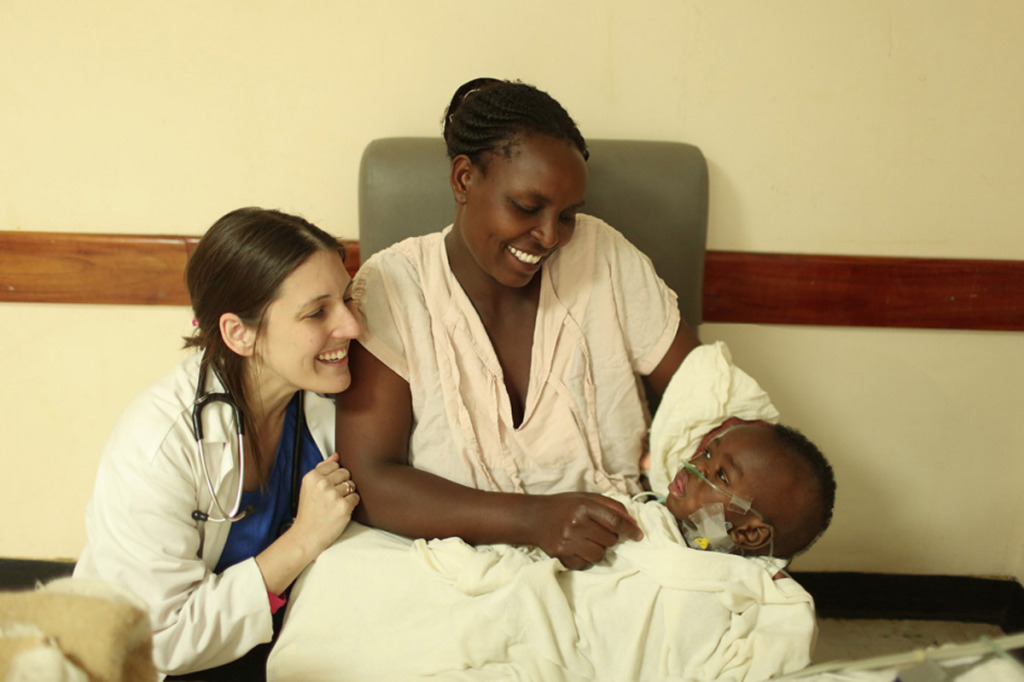 Daktari Ari and one of her favorite little ones.  He had been sick for weeks and after trying everything, Arianna and Mardi put their heads together and decided to start treating for organophosphate poisoning, and several days later little man is doing fantastic, still on oxygen, but feeding well and showing huge signs of improvement.  Mom wanted us to take a picture (to remember Arianna) so I dropped by today to take a few, and then even managed to get it printed.  I was talking to our safari driver over the weekend and he said his wife owns a print shop, so of course I asked if they could print pictures.  He said, “I think so, but we’ve never tried!”  So Madeline and I walked up this afternoon and they had a great Epson printer that read my CF card and printed a great 4×6. . .and they charged me almost nothing as I was their first customer!  I’m excited for Arianna to be able to give this to mama tomorrow!

We had a quiet day as Madeline and Annabelle’s best friends were on Safari and it was cold and muddy for the first time since we arrived (we’ve been very fortunate to have amazing weather).  I’m trying to catch up on my album designs before we head home and back into weddings, so they played with their new ark (it’s way cool, I’ll post pictures soon) and I got some designing done.  I did also take some headshots for the hospital heads-of-stuff for their new website and also did a few quick family pictures for the Steeres. . .over the next couple of days there will be much more formal photography going on, which feels quite strange after the couple of weeks off!

I did stop by the shop to find William soldering a broken radio together.  In a place like Kijabe, very little is wasted, not plastic bags, bottles, and especially not old broken radios.  I asked William what else he knows how to fix and he answered TV’s, ovens, pretty much anything!  Such a talented guy – he fixed two radios in the ten minutes I hung around with them. . .and hooked the antenna up to a plumbing pipe so they could get better reception! 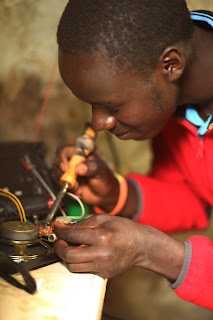 Prayer requests: For Arianna to rest well tonight – her allergies have been bothering her a bit.  For us to use our remaining time well and wisely.  For our transition back to life in America and that God would enable us to come back to Africa soon.