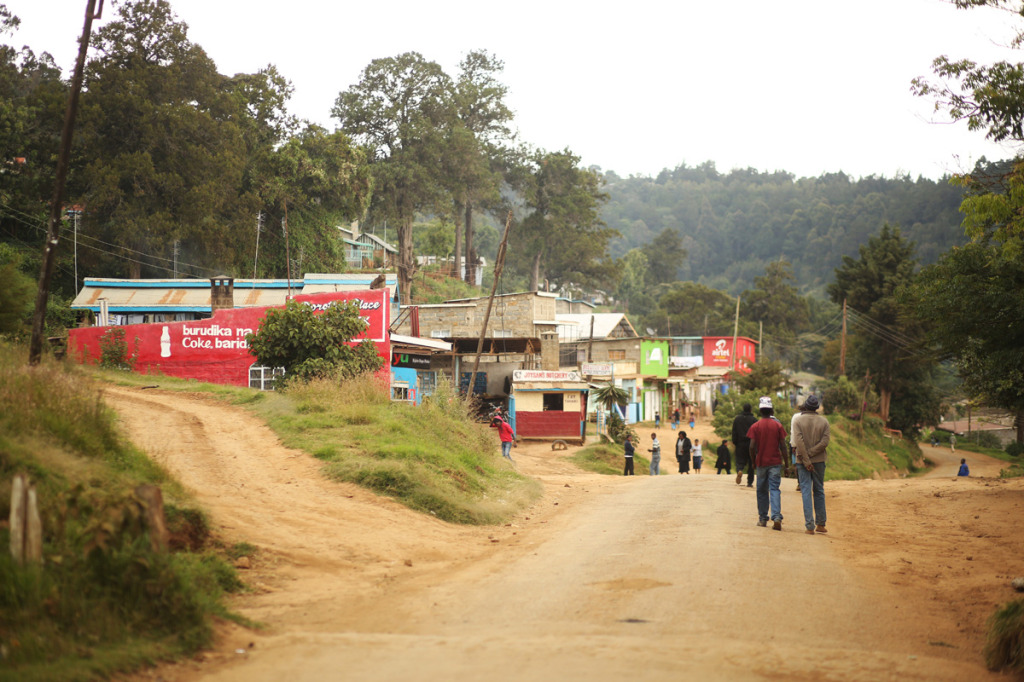 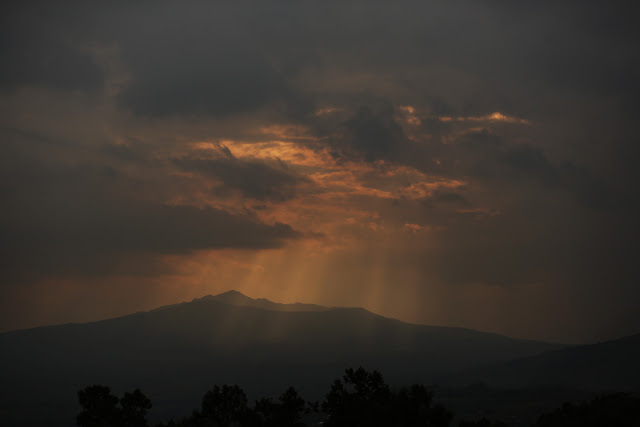 Today was a good one. . .a breakthrough day of sorts.  There are endearing aspects of every culture, little gems that once you find, you will remember for years to come.  Kenya was a British colony and they retain the practice of tea-time – every morning at 10:30 the hospital employees get a break for tea and mandazi – today’s gem.  Mandazi is somewhere in between a pancake and funnel cake, without the syrup and powdered sugar.  In fact, if there were a bowl of powdered sugar in the hospital cafeteria, it probably would taste just like a beignet.  And each ndazi is huge, and they only cost 10 cents each!!  We will be eating many of these in the coming weeks.  Madeline also is coming around on chai (milk tea with brown sugar). . .she wants her own cup next time! 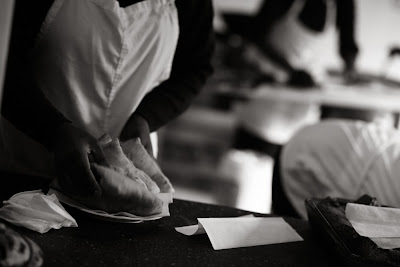 I did a little slashing with William this afternoon and also attempted and failed tech-support on his ancient computer (i.e. laptop with a floppy disk drive).  It was fun to sit in the workers shed with a bunch of Kenyan guys talking about what is the best antivirus software.  We had a breakthrough moment this afternoon – usually when I pop my head in the door the room goes silent, but today I hung out while we tried to get the computer to behave.  One of the guys said something about wanting to learn to play chess, which I had just loaded on my phone before we left.  So we played a couple of games and by the end they were laughing, joking, and cutting up in front of me.  And Zech even taught me a couple of break-dancing moves (which I am terrible at!). 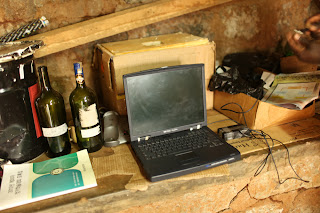 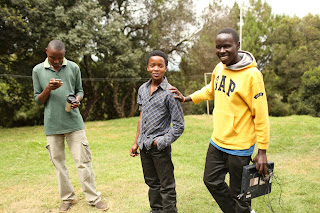 Strawberries. . .I picked up a bag at the market today, and I think I have discovered the key to Kenyan hearts.  I’ve walked home from the store with many things before, but never have I seen the smiles like when I carried this bag of strawberries.  I stopped off at the Matsons to wash them, and barely made it home without giving them all away – the kids and workers were so excited about them! 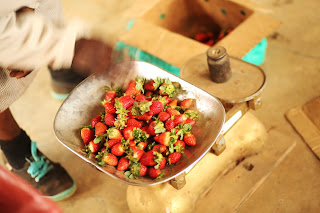 strawberries on the scales 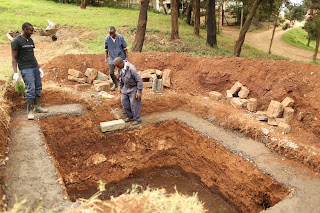 The guys dug the hole for the new septic last week, now they are laying rock before lining the inside and putting in the field.  All dug by hand, it is a crazy amount of work!

Arianna is having a much calmer week, she moved to the ICU on Wednesday – several very sick patients, but much less chaos.  We had dinner with the Steere’s tonight – Mardi is another peds e.m. doctor and Andy is a jack-of-all-trades sort of guy (physics/engineering/personal development coach/theology teacher) – it is fantastic being around people that we could be good friends with.  They’ve decided that we were all separated at birth and the girls love playing with their little ones.

Prayer requests – for a good day with the girls tomorrow – we’re supposed to go on Safari of some sort and finally have a family day!